Enrico Crippa loves to amaze his guests with artistic, dynamic, and surprising tasting menus, where centuries-old recipes and local specialties meet a palate without borders.

This chef, who can’t stand hurrying and the incompleteness of a flying visit, is ecstatic when a customer who comes to lunch calmly gives him carte blanche. In the past he would have whet the customer's appetite with a traditional dish. Now, however, he is the multicoloured master of the vegetable. 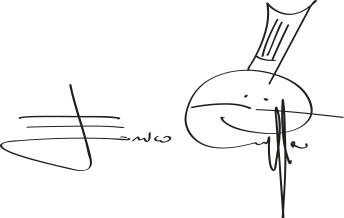 Enrico Crippa was born in Carate Brianza in 1971. His father taught him to love cycling, his grandfather a passion for markets and healthy, locally produced food. After his hotel management diploma, he began his apprenticeship with Gualtiero Marchesi in Milan and then went overseas, where he worked with the best European chefs. In 1996, he launched Marchesi’s restaurant in Kobe and stayed in Japan until 1999. These three years were essential to developing his imagination

In 2003, he met the Ceretto family, with whom he started the Alba restaurant project, Piazza Duomo, in 2005. His talent and commitment were awarded Michelin stars: the first came in 2006, the second in 2009, and the third in 2012. In the same year, Crippa became President of the Bocuse d’Or jury. Since 2013, his cuisine has led to Piazza Duomo being included among the 50 best restaurants in the world.